Dr Ben Bax first approached Peak Proteins in 2019 for support in expressing glutamate receptors for structural determination.  Dr Hazel Weir recently caught up with him by Zoom to discuss the project.

Ben is a Reader in Structural Biology at the Medicines Discovery Institute at Cardiff University.  He worked for GlaxoSmithKline for eighteen years supporting project teams with structural data, on a range of neuroscience, anti-microbial and other targets, including AMPA receptor positive modulators. Previously to joining Medicines Discovery Institute, he carried out post-doctoral research at the Structural Biology Laboratory at York.

Ben has had a long standing, active research interest in investigating the structural biology of ligand-gated ion channels involved in neuronal signalling.  Of specific focus are the AMPA and NMDA glutamate receptors that are highly expressed in the central nervous system and are critical for its function. Improving the treatments for a wide range of CNS disorders from Alzheimer’s to major depressive disorders is important.  Investigating these receptors and understanding how best to modulate their function is key.

When Ben first approached Peak Proteins as he was looking for an organisation with expertise in expressing receptor proteins from mammalian cells. Recombinant expression of the extra-cellular domains (ECD) of glutamate receptors for structural studies can be challenging.   The correct disulphide bonding and folding, and complex glycosylation patterns are critical. Expression of these ECD domains in bacteria can be problematic.  It often requires the use of specific bacterial strains which will encourage correct disulphide bind formation in the cell. The ability to secrete the correctly folded ECD into mammalian culture medium, and deglycosylate the protein to enable crystallisation of the protein, was essential for project success.

Ben said, “I had heard of Peak Proteins from colleagues at York who had commented that a number of the best protein production experts, formerly at AstraZeneca, had formed a new company based at Alderley Park in Cheshire. Having that recommendation and an established reputation led me to approach them to discuss our project needs with them. Having that expertise, based on years of drug discovery experience, and the ability to look at published protocols and be able to discern what might work and what wouldn’t, was important. It’s extremely easy to read a published protocol from an academic group and assume it will work, but often that’s far from the case.” 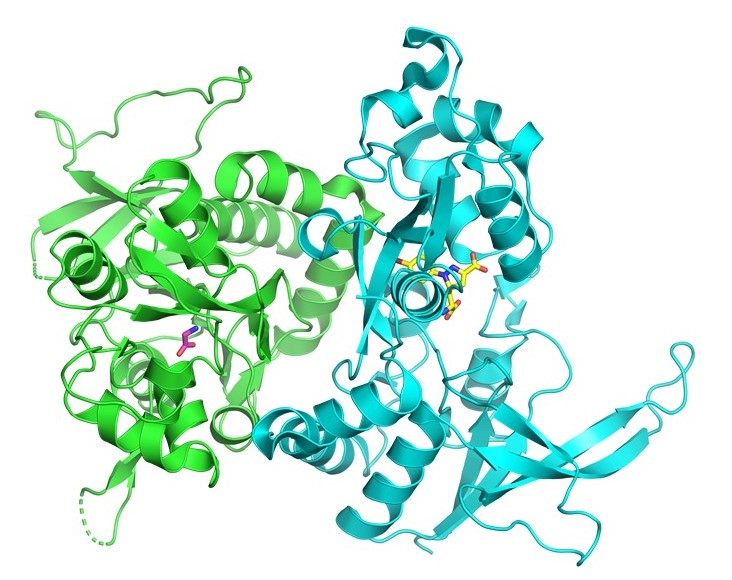 Ben added “Peak Proteins were able take the project from cloning through to expression and purification of the protein. Having access to a protein mass spectrometer within the lab has played a key factor in the success of the project. Having that level of protein characterisation data as part of a QC package is excellent and not something you would always get when working with an academic group. Moreover, the quality of the protein was impressive and was used to obtain protein crystals”

The collaborative way Peak Proteins work with their clients was helpful, “Good quality, scientific discussions is key to building trust with anyone. I like the fact that we have regular Skype meetings, with some excellent presentations being shared and results clearly and openly communicated” commented Ben.

For Ben, the best thing about working with Peak Proteins has been delivering data and reagents on time and keeping to budget. “I think the team work really efficiently, and don’t faff about. They don’t get stuck on issues for ages but look for ways to resolve them and move the project forward”.